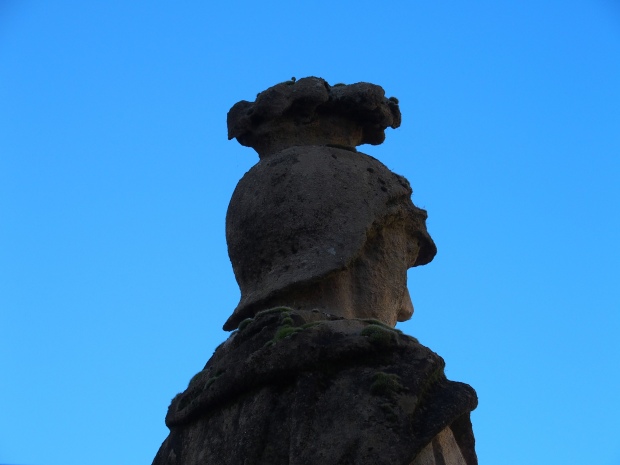 The City of Bath is fast becoming one of our favorite cites in the UK.   We don’t live too far so we headed in for a day trip last weekend, to spend some time at some of the more ‘cultural’ attractions, although still touristy.

First stop was the Roman Baths.  Right next door to the Abbey and in a really pretty part of the city.  The Roman Baths are a must do for any visitor to the city.  The City’s long rich history is fascinating and its hard to believe the life that existed in Aquae Sulis 2000 years ago.  Just walking along the cobbles around the baths, the ancient Romans also tread all that time ago. 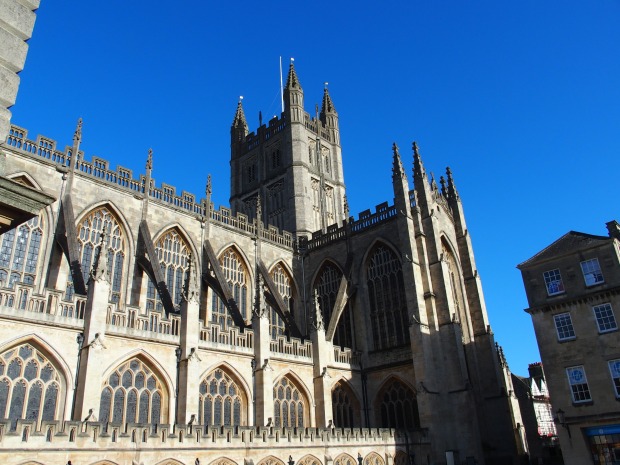 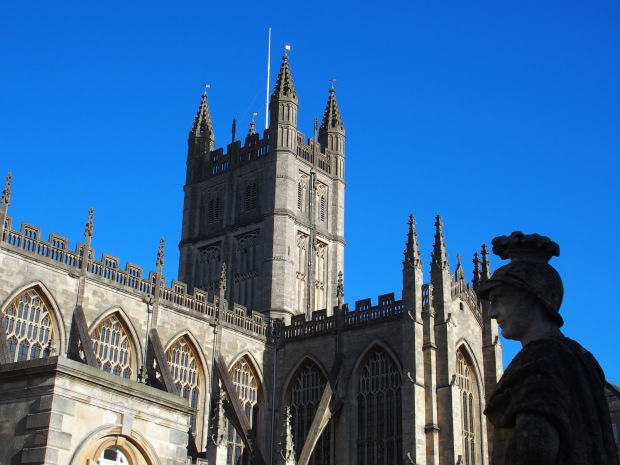 The Baths are affordable for a family experience (£44 family of 5 ticket).  We spent 2+ hours at the site so good value for money.  They have audio tours and are able to offer an adult and childrens version.  I am a big fan of audio tours that offer kids versions.  This is the 2nd time we have used them and I have found that they keep my two 10 year olds independently engaged through the museum.  They enjoy the quizzes and sometimes get a little competitive 🙂  The biggest plus is though,they are listening and learning.  It was a great follow up to a recent trip we made to Pompeii, Italy (blog post to follow!).  Similar time frame for the history and the kids could identify similarities and differences between the 2 sites.

At the museum there are also role players which are fun to chat too.  At first the kids were shy but we got them talking about their life etc.

After the museum, we grabbed a tasty Cornish pastie at one of the plentiful pastie shops, got side tracked by a man with a lot of pigeons and then headed towards our next stop of the Fashion Museum. 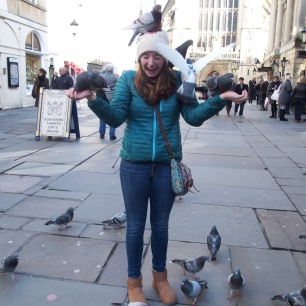 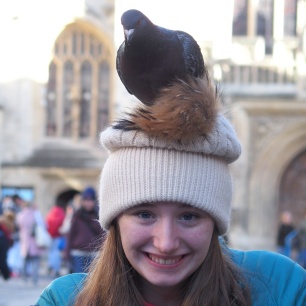 Also the way, we stopped by the Circus.  This row of houses as been on my must see list for years.  Photos I had seen had always been beautiful…and in person, its just as impressive.

The Fashion Museum is located right behind the Circus so that was our next stop.   We thought this would be a good balance for the day – history and something more relate-able to 3 young girls – fashion!

I wont write too much here about the museum as it is currently going through a set change so there really wasn’t that much to see.  Disappointing BUT what we did see, we really enjoyed.  Not often do you have a museum where in the first 10 mins of entering do kids say ‘can we come back again?’.  We were onto a winner here!  Despite the display changes happening, we still had fun in the 1800’s dress up area and got to try some of our own fashion design.  For now, as it is free, its worth stopping in to get out of the cold during the next month or so!  We’ll be heading back there again something in March when the museum fully opens again. 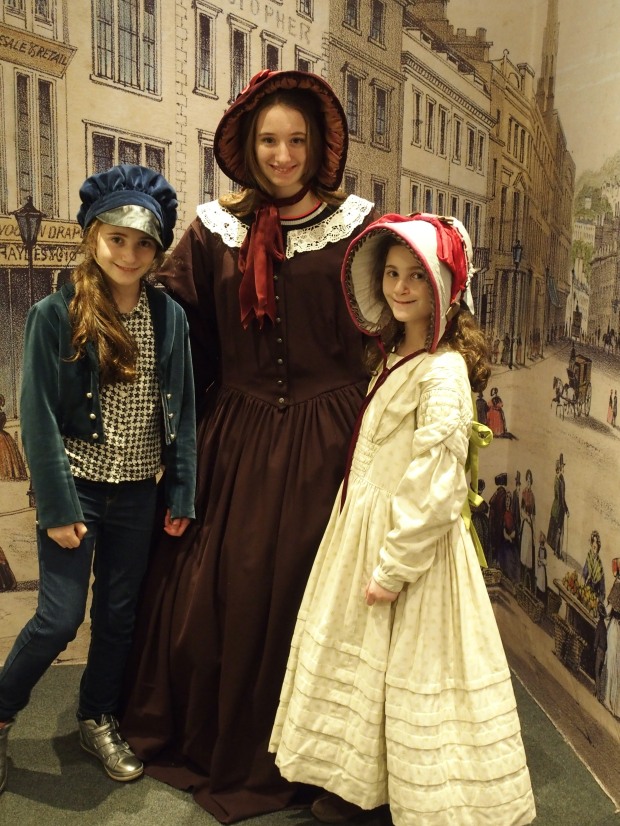 Once finished in the Museum we promised the kids a look around the shops.  Bath has a great selection of shops suiting a wide variety of tastes and wallets.   We spent a nice couple of hours browsing and spending some pocket money.

The last time we had visited Bath, we found it difficult to get able at a Restaurant for dinner. To avoid the same disappointment I had booked a table at Giraffe for dinner.  Close to the shops and a good menu for family dining, it rounded out or day quite nicely!.