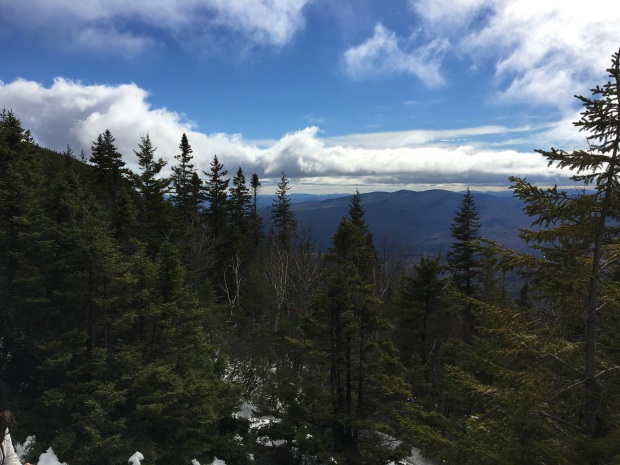 One thing Maine is loved for is the plethora of mountains to hike.   As you head North, there are plenty to choose from.   As the Fall is coming to a close, and mother nature gave us a reminder with 12″ of snow in the mountains this week, we opted to get outside for possibly the last hike this year.

We headed to Tumbledown Mountain.  Just near the town of Weld.

As we headed North, we began to notice a temperature drop…hoping we were going to be warm as we walked!   The access road to the trail is closed as of Nov 1st for the winter so we were just in time but another reminder that old man winter is too close for comfort!

The mountain itself is not huge.  An elevation of 3068ft (935m) but the views are gorgeous and worth the climb.   A novelty to the mountain is the pond that is almost at the summit. I’ve heard that in the summer, those that make the climb reward themselves with a swim in the pond.  Not for us today though.  By the time we reached the top, it was bitterly cold.  Before we reached the top, we encountered snow…more as we gained elevation.  Made for a challenging ascent and subsequent descent. 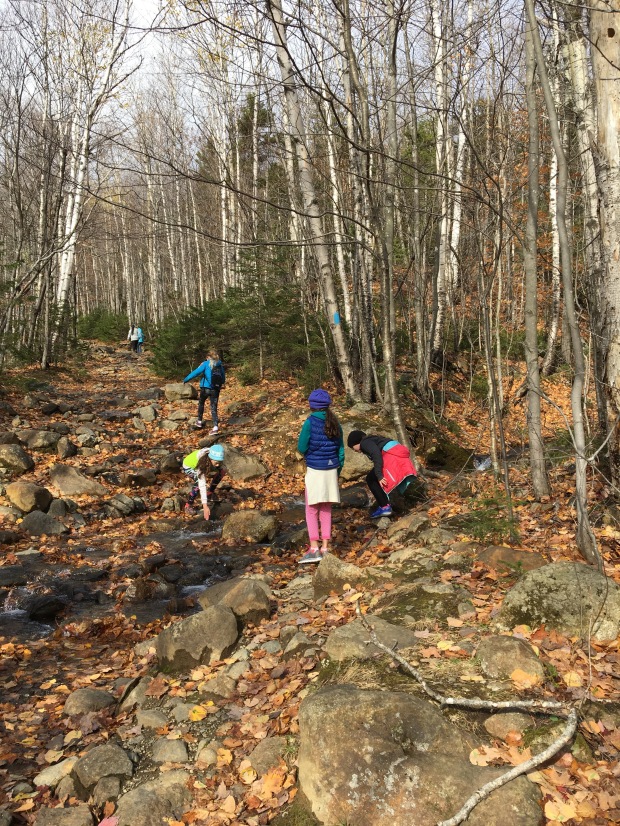 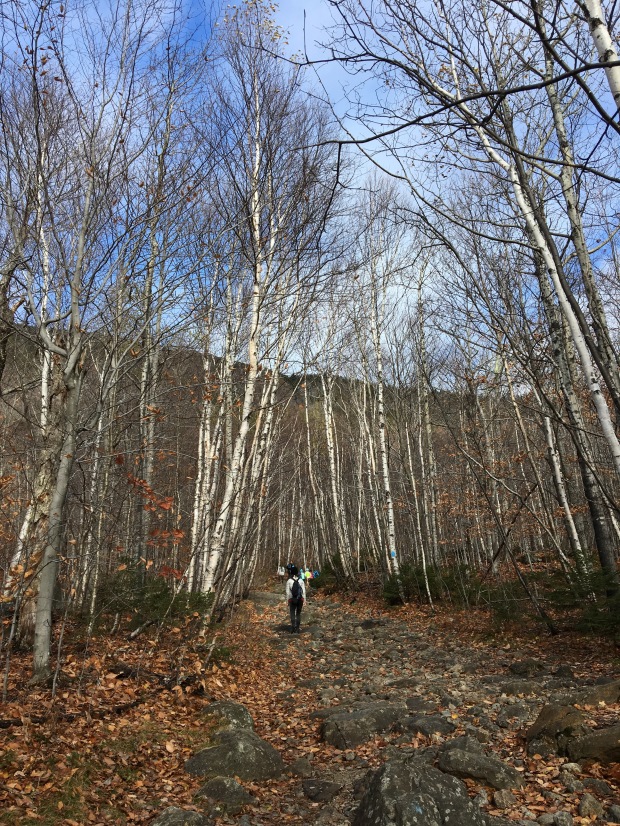 The trail is very rocky…initially easily passable but soon became boulders and streams. Steep ascent and strenuous climb.  The kids took it in their stride but glad we didn’t take the dog…it would have been too much for his ageing joints….almost too much for mine! 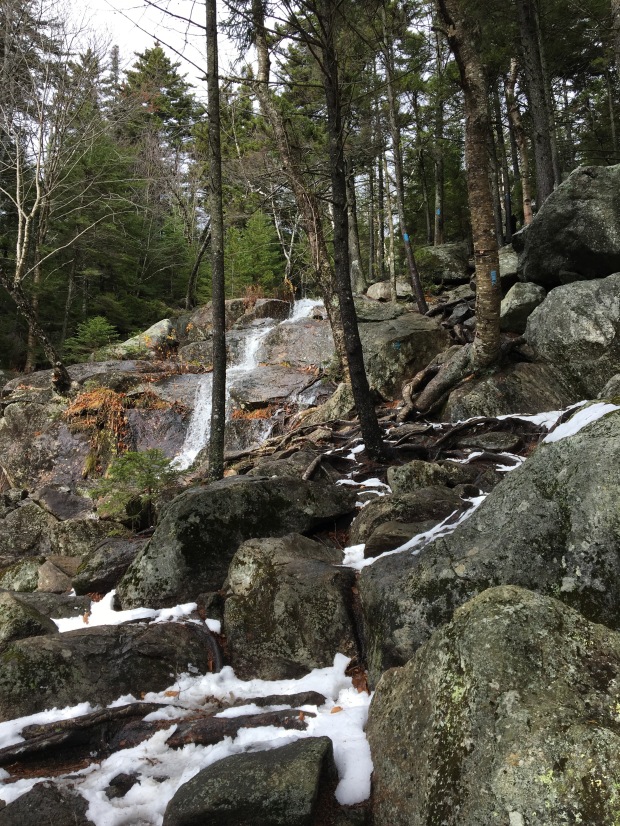 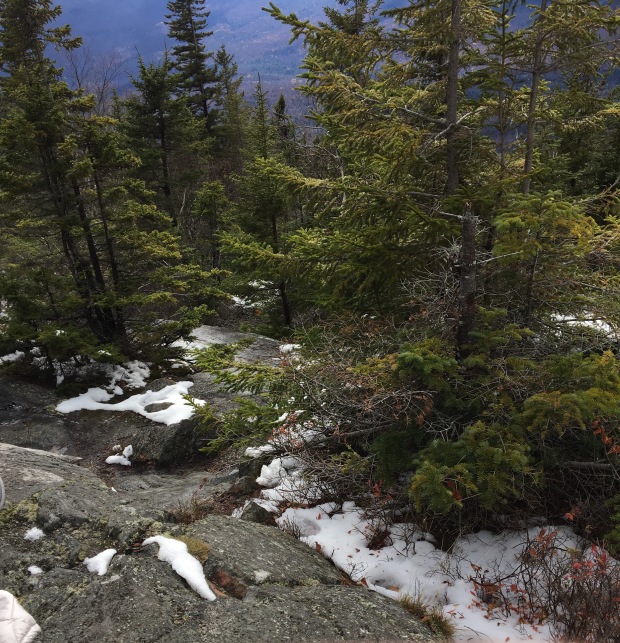 We tackled only the Brook Trail.  The easiest but still classed as moderate.  I would agree…some banged up knees as we scrambled up to the pond.   The pond is at 1600ft elevation from our starting point.  Not quite the top but due to the length of climb and 5 kids in tow, we opted not to go further.   We stopped for a snack and to enjoy the view before we took the trail back down. 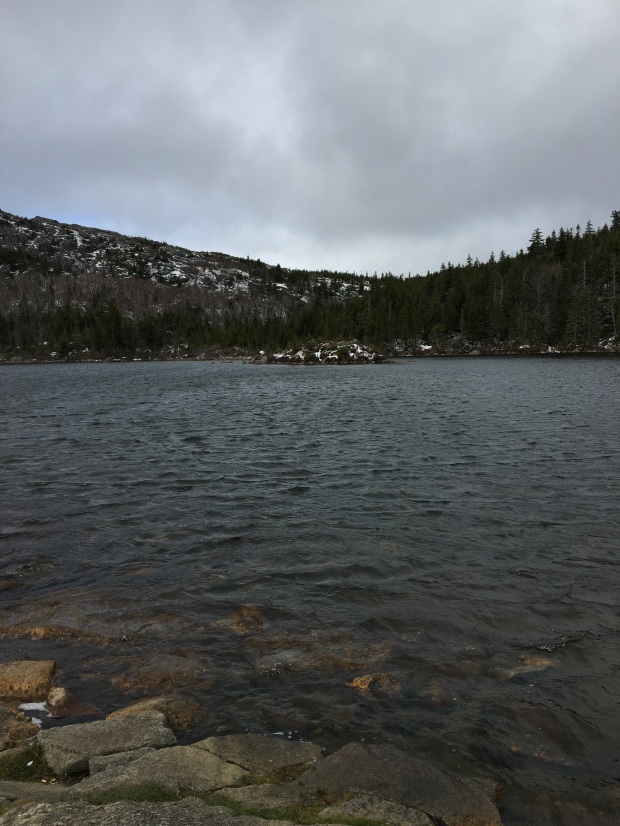 Lake en route to the summit