This last weekend, certain States in the USA were lucky enough to have a 3 day weekend.  Monday was Presidents Day – so a public Holiday or Maine and New Hampshire at the very least.

Presidents Day this year was met with some reluctance…with the state of the US Presidency and many rejecting Mr Trump as their president, folks seemed to take the day off but not really embracing the roots of the day.

For us, we opted to get out and about and explore a little.  Something we did a lot of in England but not so much since being back in the US.   So, after 50 inches of snow over the last week, Monday – the sun came out and we were ready to roll.

We headed to New Hampshire.  A State South and West of Maine.   When we first moved to the USA, NH is where we initially settled and even now, we consider it as our US ‘home’. For us, Portsmouth NH is just one hour drive from our current hometown in Maine so an easy straight run down the highway.   NH, the Granite State, is a funny state in that it has just 17 miles of coastline as its sandwiched between Maine and Massachusetts.  But those 17 miles are beautiful to explore and very scenic.  This general area of NH is generally known as the Seacoast.

Portsmouth is a major town in the Seacoast area.  Established in 1623, Portsmouth claims to be the nation’s third-oldest city and there is certainly history a plenty here with many of the old houses clearly marked as places of historical interest together with many museums such as Strawberry Banke and Moffatt Ladd House and Gardens.

For this trip, we wanted to be outdoors so we headed to a couple of coastal areas to stroll with the dog and take in the sea air.

First stop was Newcastle Beach/ Great Island Common.  Newcastle being a tiny coastal town connected to Portsmouth.  They have a small Beach/ park (32 acres)which is usually full during the summer months.  This weekend though, just a few families were strolling through and taking in the view. 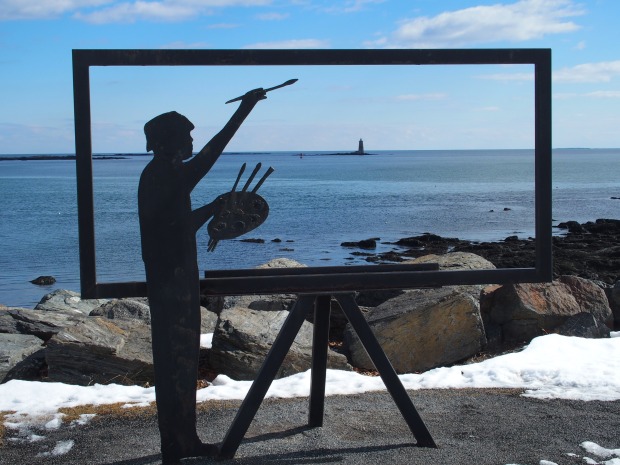 Views from the park 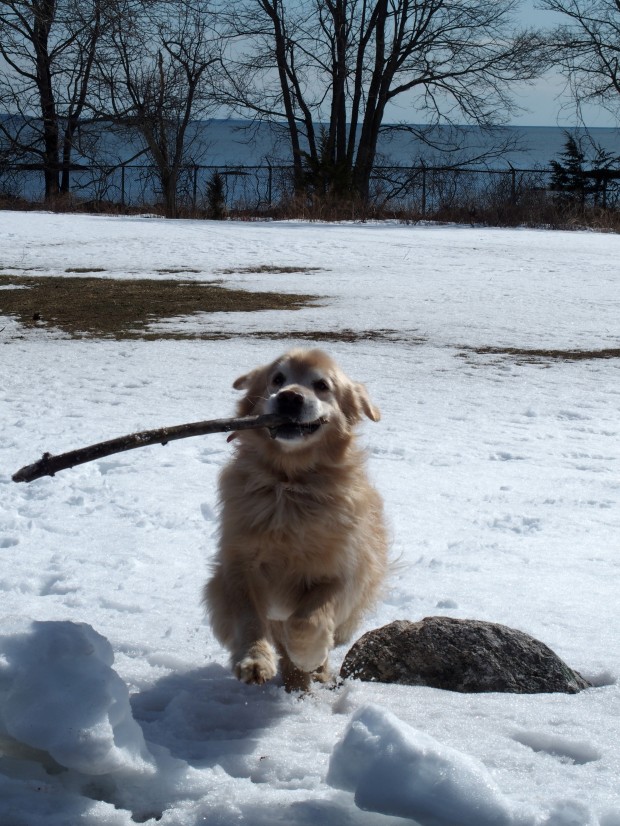 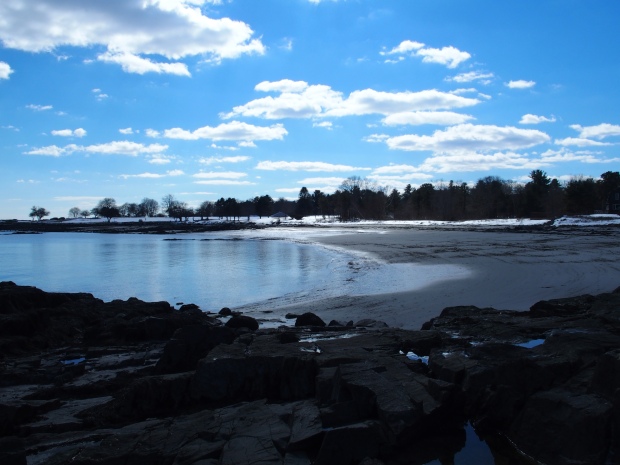 Views out into the ocean

Its only a small park so then we headed up to Odiorne State Park – just a few more miles down the coast.  A pretty drive along the coast and we always love looking at the palatial hpuses along the way!  This is another lovely coastal park and explored a number of trails.  Snow was pretty deep in places but we pushed our way through and had a snowball fight in the process.    This State Park is also connected to the Seacoast Science Center.  We haven’t visited there in years but in the past, its been a great place to take the kids.  Likely still aimed at 3-10 year olds with hands on activities such as shellfish touch tanks etc.

After a few hours of walking, the kids were ready for food.  We headed back into downtown Portsmouth to check out the huge array of restaurants in town – from casual to fine dining, there is something for everyone and some are highly rated.

We opted for the Friendly Toast.  Its been in the town for many years and its a place we used to frequent when we lived nearby.  We thought it would be fun for the kids as it has a great Breakfast (all day) and lunch menu together with fun quirky decor that makes the place really casual and relaxed. 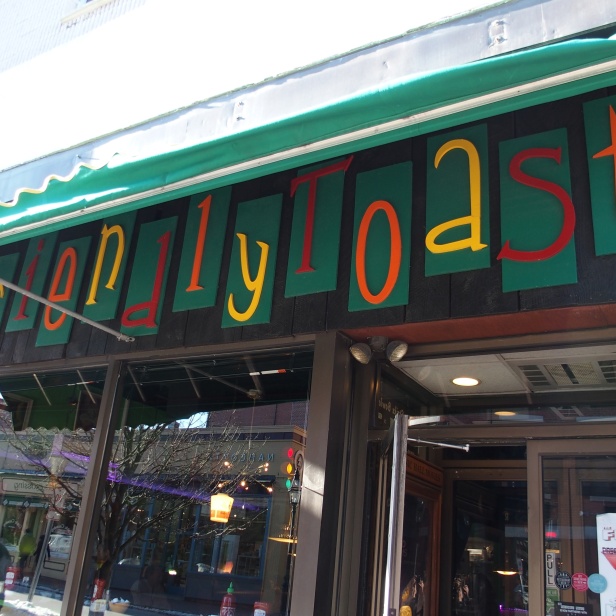 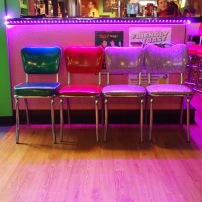 Between us, we selected items from both the Breakfast and lunch ments – yum! 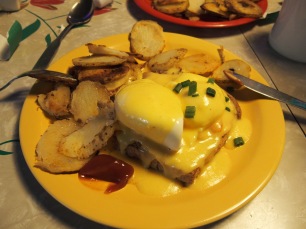 After lunch, we opted to hit the town and browse the shops.  A great range of shops downtown ranging from high end to affordable fashions, jewelry and locally made products.  Also it has 2 great toy stores for the kids to browse in!

All in all – a great day to get out, shake off that New England Winter cabin fever and relax!

Thought I would share a few photos from our flying visit to the White Mountains in New Hampshire.

We were there to pick up pour eldest daughter attending Nordic Ski Camp.  We were picking her up early so we could head onto Boston/ NYC for New Years.   Thankfully, its not too much of a hardship to travel to NH as it really is quite beautiful.

She was ski training around the base of Mount Washington.  A place known for its extreme weather on the peak…massively cold in the winter (-47F) and can be a bit breezy (231mph).  These are extreme records set over the years but impressive none the less.   We so happened to arrive the day after a large storm hit.  A ground level, about 18″ had fallen so it beautifies the area – nice and bright and clean….however, still a little chilly and breezy!

We stayed in Gorham.  Not a lot there really but it offered the best proximity for pick up the next day.  We stayed at Town and Country Inn…Not a lot to say here except its a motel and nothing fancy…i am not sure the website is the most accurate representation of where we stayed!   We only need a place for a night.   Rooms was large but cold….wind howling through the gaps around the door 😦   Dated in decor and no frills.  Younger two enjoyed the pool and steam room and it was ok for just a night.   Most people tend to head to Conway when visiting the area.  Lovely town, tourist scenic railway trips, lots of activities and family orientated.   Most definitely worth a visit if you are there.  North Conway offers outlet shopping should you fancy that.

We rarely head this way in the winter.  Its geared for downhill skiing and we tend not to do much of that.  Many people visit this are in the Fall and take a tour of the Kancamagus Highway – offering views of the mountain foliage.  We have done this in the past and can highly recommend it.

For now, we were afforded spectacular winter views….here are a few! 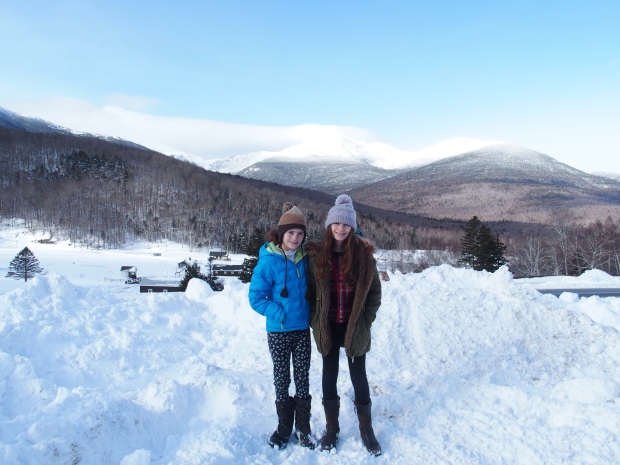 My workout this morning was more difficult than hers
Solstice on the water
Low tide
24 miles on the Cotton Valley Rail Trails in NH. Beautiful scenery in gorgeous June sunshine. Now to rest my weary legs…
Enjoying a quick trip in the @winnebagorvs
Such a beautiful day 😍
The weather this week has been perfect. Margot approved!
Spring nights on the water
Siblings…😍
Follow Always Home on WordPress.com